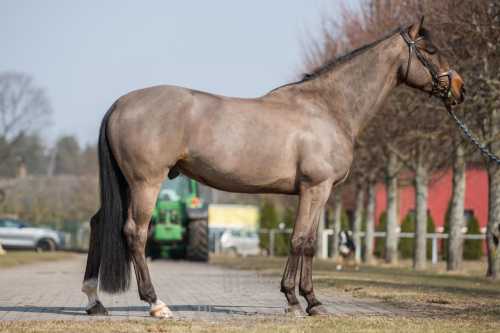 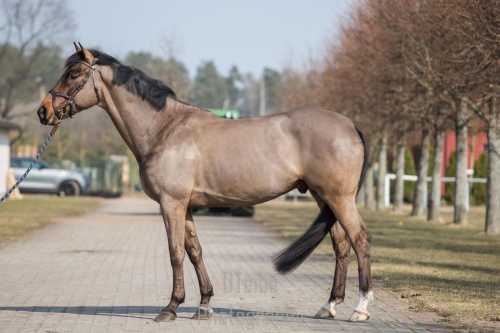 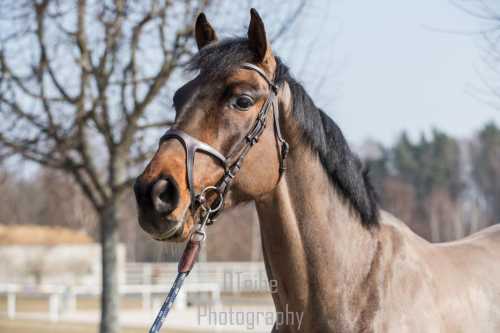 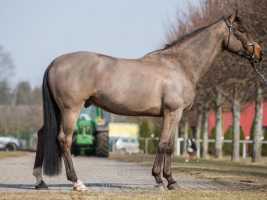 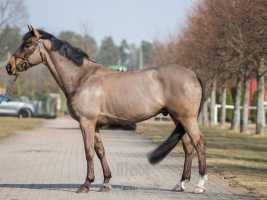 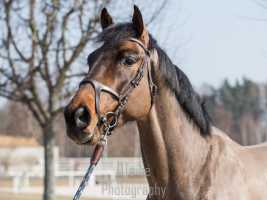 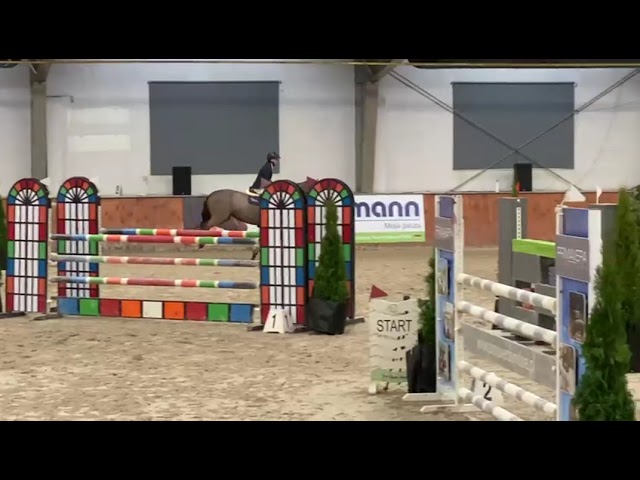 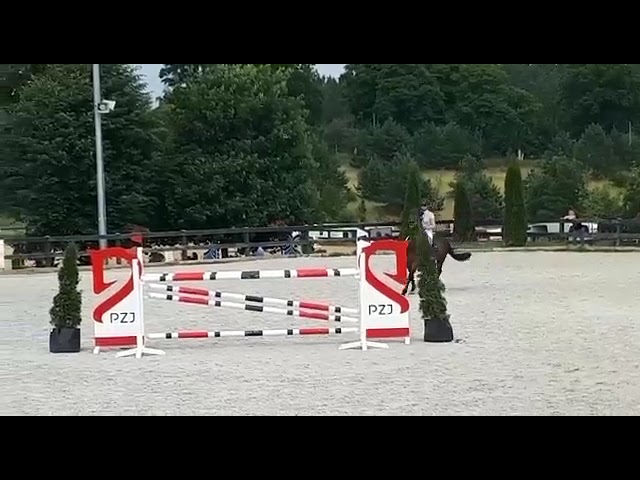 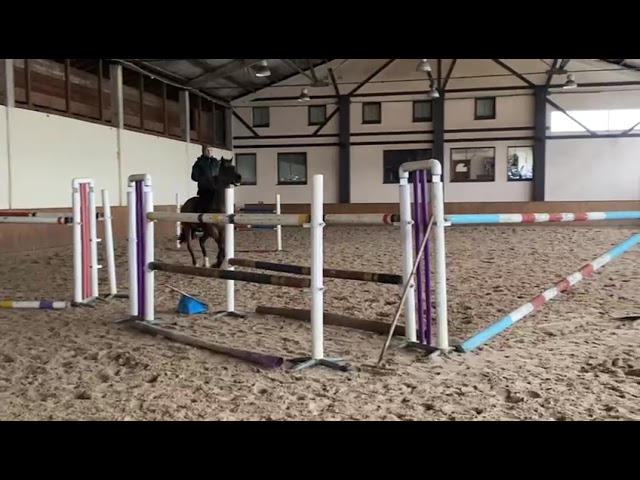 Scopey, strong and forward going - Ive-Roger is a dream horse for an ambitious rider who wants to step up in the showring! A descendant of showjumping legends (Victor E/Indoctro x Casall), Ive-Roger has a very powerful jump and a mind of a true warrior!

Ive-Roger is jumping at 130 international level, schooling for 140-145 classes.

Sir: Victor E is a KWPN activated 2002 stallion by the world
famous Indoctro. He is currently being campaigned by
John & Christine McCrea of Windsor Show Stables in East
Windsor, CT.

Victor E’s sire Indoctro, the preferent stallion who has
become one of the top breeding stallions in all the world,
continues to produce championship caliber offspring who
are successfully jumping in the sport today. There is then
the great foundation stallion Nimmerdor on his dam’s side,
who became known as the ‘KWPN stallion of the century
2000’. This ‘Preferent ‘ stallion has produced over 50
approved sons and more than 60 International jumping
horses as well as many successful dressage horses.

Dam Sir: Stallion Casall appeared in young horse classes with Rolf-Göran Bengstsson in the 2006/2007 seasons, and then in 2008 won his first Grand Prix – at Aarhus two star – and the pair were away on an illustrious career that has seen them win and place at all the world’s premier showjumping competitions.

In 2010 he won the Grand Prix of Rotterdam and Falsterbo. In 2011he was first in the Hamburg and Monte Carlo legs of the Global Champions Tour and the World Cup jumping in Lyon. In 2013, he continued and crowned his success by competing at the Olympics. After three clear rounds, he could not compete in the final due to an injury. In 2013, he was 2nd at three big Grand Prix: Lyon, Ommen and Zurich and fourth at the European Championships in Herning.

In 2014, he won the four star Grand Prix of Basel and Antwerp. In 2015, he placed in a string of five star Grand Prix – firsts at Rome and London, second at Cannes and Goteborg, and thirds at Doha and Hamburg.